Consortium has combined assets under management worth $590 billion with investments spread across the globe.

Australian energy investor Spark Infrastructure (ASX:SKI) is to be acquired by a consortium led by Kohlberg Kravis Roberts & Co. L.P. (KKR) in a transaction valued at A$5.2 billion (US$3.72 billion).

The US$589.7 billion asset management group of companies, including KKR, Ontario Teachers’ Pension Plan and the Public Sector Pension Investment Board, made the offer based on A$2.95 per stapled security which results in an enterprise value of Spark Infrastructure of A$10.1 billion (US$7.33 billion).

Spark Infrastructure Chair Doug McTaggart said: “The Spark Infrastructure Board unanimously recommends Securityholders vote in favour of the Schemes in the absence of a superior proposal and subject to the independent expert concluding and continuing to conclude that the Schemes are in the best interests of Spark Infrastructure security holders. The Board and management have engaged constructively with the Consortium over several months to secure additional value beyond the initial approach.

“The Board believes that the agreed Scheme value appropriately reflects the scarcity value of Spark Infrastructure’s Tier One assets and their reliable and inflation-linked operating cashflows, our attractive pipeline of growth projects and the important future role our businesses will play in the decarbonising of Australia’s electricity grid.”

Spark is to exit the Australian Stock Exchange as a result of the deal.

On 28 July 2021 Spark Infrastructure announced that it had received a further revised proposal from the consortium for all cash consideration of $2.95 per stapled security, to be reduced to the extent that Spark Infrastructure pays or declares a distribution to its Securityholders prior to the implementation of the proposed transaction.

The implied consideration under the Further Revised Proposal was $2.8875 per stapled security.

KKR & Co., which owns data centre operator Global Technical Realty, reported US$251.7 billion in assets under management as of December 31, 2020. Ontario Teachers’ Pension Plan Board is the administrator of Canada’s largest single-profession pension plan, with C$221.2 billion (US$175.64 billion) in net assets as of December 31, 2020. The Public Sector Pension Investment Board (PSP Investments) is one of Canada’s largest pension investment managers with C$204.5 billion (US$162.38 billion) of net assets under management as of March 31, 2021. 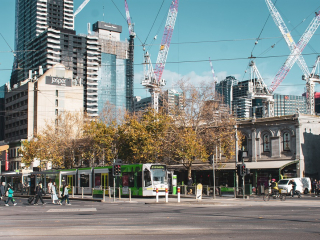