Enterprise spend on data centre infrastructure is estimated to reach USD200 billion – an increase of 6pct by the end of 2021.

More than USD 100 billion has poured into the data center asset class over the past decade (Source: Cushman and Wakefield) and the year opens with investor interest stronger possibly than ever previously, with both funds and operators backed by PE well positioned to access capital amounting to many billions of dollars to deploy through M&A, greenfield investment, collaborative partnerships and other propositions and emerging opportunities.

To put in context, globally there is substantial dry powder – committed but not yet called up capital – approaching USD 5 trillion across all verticals, according to market reports. Some also foresee the line between PE and VC beginning to blur in the year ahead.

Figures from Headwind research suggest a total in excess of USD 32.9 billion has been invested in the sector across last year with the largest deals including Digital Realty’s USD8.4b acquisition of Interxion and the USD2.1b acquisition of 88% of AirTrunk by Macquarie Infrastructure and Real Assets (MIRA).

Looking ahead, enterprise spend  on data center infrastructure is estimated to reach USD200 billion – an increase of 6pct by the end of 2021 (Source: Gartner).

However according to a spate of surveys with CIOs and other security leaders published this past month, there are heightened levels of concern about cybersecurity which is a priority issue for data centers in the year ahead. Cyberattacks continued to grow in size and sophistication and according to a report by NORDVPN, have increased 400% a day compared to pre COVID-19 levels.

Located only four kilometres away from the A2 motorway connecting Berlin and Warsaw a new data center campus is under construction planned to provide 45,000 m2 and 42MW fully powered by renewable energy. This new investment by Beyond.pl will promote Poznan as a new Central European location.

Iceland, Sweden and Norway show top potential for hyperscale and cloud-scale data centre investment, followed closely by Denmark and the Netherlands, according to research from Savills.

In the past month Equinix has announced expansion of two data centers in Helsinki and Digiplex has acquired a plot of 60,000 m², with an option to purchase an additional 100,000 m² in Treklyngen industrial park in Ringerike municipality outside of Oslo with more than 200 MW available power.

ST Telemedia Global Data Centres (STT GDC) has announced a strategic partnership with Hyosung Heavy Industries, the high voltage electrical equipment manufacturing and construction company in Korea, on a 60:40 basis to jointly develop and operate their first carrier-neutral data centre campus in, South Korea. The JV is in the final stages of securing a land site in Greater Seoul, South Korea

India’s colocation industry is expected to add ~700 MW during 2020-25 (Source: JLL). Apart from this committed supply, additional upgrades backed by new investments are expected and this forecast may well prove to be conservative. Hyperscale interest in the country has been spurred not only by increased user demand during the pandemic (users in India consume ~1500 GB data every second) but also the emerging scalable solar and hydro-electric power supply. Hyperscale data centre build cost ranges from USD 200-400 per sq ft while the MEP cost ranges from USD 5 to 5.5 million. (Source: JLL).

Developments to watch include Montreal and Hillsboro (Portland), OR who provide hydroelectric power at rates well below those in other markets. (Source: CBRE)

Although unlikely to be the big bang year for Edge (Source: Data Center Frontier) – it will instead see a gradual deployment of the different layers of services emerging. More strategic moves are expected by current players and launch by new market entrants (expect a number to be announced this year) as well as M&A activity should the opportunity arise.

The acquisition of the entire 6 hall data center facility, including two operating companies and part of the team, is still subject to, among others, a successful due diligence process and will take place through the issuance of EUR 21 million in shares, subject to a full lock-up period of two years, and a cash component of EUR 4 million.

The electricity for Northern Data’s new site is 100 percent sourced from renewable energy, generated by hydropower plants in the region. The local hydropower plants have a capacity of about 4.5 gigawatts (GW), producing about 14 terawatt hours (TWh) per year, which is also among the lowest electricity prices in the EU.

Northern Data AG based in Germany has seen a substantial increase in demand for its bitcoin mining infrastructure services and is looking to secure additional sites.

Investment in the data center sector

There is an increased level of market comment about the opportunity for Real Estate Investment Trusts – REITs – in Europe. The US market has seen a growth of assets within REIT-type structures, whereas Europe has been much slower to develop.

Cordiant Digital Infrastructure Limited is targeting an issue of 300 million Ordinary Shares at a price of 100 pence per Ordinary Share and additional subscription shares to IPO investors to invest ‘in the plumbing of the internet’.

PGIM Real Estate has raised just more than USD 970m for its fourth Asia-Pacific value-add fund and is actively investing, with data centers identified as one of their priority target sectors.

It has been reported that Apple has been quietly hiring some notable engineers in the cloud computing space including Michael Crosby, who is widely regarded as the powerhouse behind the development of containers, ex-AWS Arun Gupta, now leading Apple’s open-source efforts and Maksym Pavlenko and former Google engineer Francesc Campoy.

A Pact has been announced that marks the first time the data center industry has come together to solidify its commitment to ensure that European facilities are carbon neutral by 2030. The industry is seeking to play a leading role in transitioning Europe to a climate neutral economy, in support of the European Data Strategy and the European Green Deal, which aims to make Europe the world’s first climate neutral continent by 2050. It is also a Self-Regulatory Initiative for the industry, which will set goals to facilitate the transition to a greener economy in Europe. The European Commission will monitor progress on achieving the goals outlined under the Initiative twice a year.

Total has acquired a stake in India’s Adani Green Energy (AGEL), a move that continues to push the French oil major ahead of its European peers when it comes to renewables. AGEL has 3 gigawatts of operating renewable capacity, another 3 GW under construction and 8.6 GW in development, totalling 14.6 GW. The company is targeting a total of 25 GW by 2025. It claims to be the world’s largest solar developer. In June 2020, it won the world’s largest solar tender, an 8 GW auction in India. Adani has previously announced the construction of both hyperscale and Edge platforms across India.

Although Headwind Consultants has made every effort to ensure the accuracy of this Publication, neither it nor any contributor can accept any legal responsibility whatsoever for consequences that may arise from errors or omissions or any opinions or advice given. We endeavour to ensure that information provided in this edition is correct at the time of going to press. 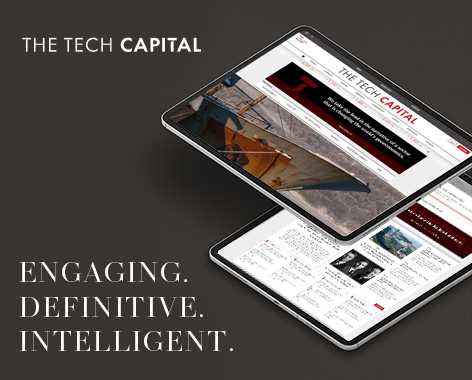 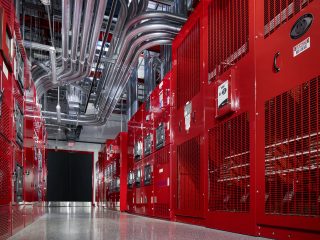 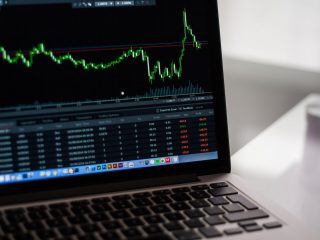 While many of these transactions may have been planned for some time and made over a longer term, a... 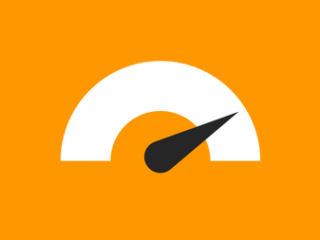 What is The Tech Capital’s Fact Checker?

The Tech Capital’s Fact Checker is a project that seeks to shine a light on stories that are caus...

Most Read
Most Watched
Most Read & Watched
{{index+1}}

Sign up for The Tech Capital's newsletters. Be the first to know and get our most compelling stories delivered straight to your inbox.